In 1868 it was the emigration journey and American dream, of a German citizen, who went by the name of Wilhelm Böing, who made ripples that would eventually impact the entire globe in aviation and aerospace. Wilhelm came to America with nothing but a dream. He would work to make a huge success of himself in the Midwest, in North Wood Timber and iron ore mineral rights.

With opportunity on his mind, this immigrant American, looked at the diversity of ideas, of opportunities, of places and people, and industry, as the American Dream. Aerospace in Washington State means diversity. Wilhelm had a son, William Boeing, who many of you are familiar with, William created innovation through aviation and aerospace right here in Everett, Washington and Snohomish County. It is this story that rang true in my mind as I walked the floor of the Farnborough Airshow in Farnborough England last week.

Every culture, every potential and conceivable idea, to better transport, to better defend, to swiftly transit those in medical need, to those in food production, etc., it was on display in the airshow. One tremendous ecosystem and diaspora of people, languages, and global ideas. Aerospace, folks, it’s about diversification.

If you think of Aerospace and Aviation, you should probably think of diversity. Diversity of ideas, opportunities, and overall global humanistic impact. I was diversity of ideas that took an idea of a three-seat Stinson plane that flew between Anchorage and Bristol Bay, which became the catalyst for one of the largest Airlines in the world and my all-time favorite, Alaska Airlines. Folks, small unique ideas become big dreams and create opportunities and life in an abundant way. This was on display at the Farnborough Airshow.

It had been 4 full years since the last Farnborough Airshow. Economic Alliance Snohomish County, in partnership with Washington State Department of Commerce, sent a delegation of EASC staff, Paine Field and Snohomish County Government staff, and Everett Community College staff to attend the 2022 FIA on a trade mission. During the airshow, the delegation was able to engage with close to 30 businesses. Beyond diversification and innovation, we heard some general overarching themes:

These are all elements of opportunity spawned out of challenges of the pandemic and economic pauses that took place in the last three years. Our goal is to continue to work with the state, county officials, and local partners to provide the very resources needed to sustain existing businesses and recruit and secure new industry clusters. During FIA, we saw 200 plus companies descend upon the Farnborough show floors. Thousands of attendees and exhibitors engaged on deal making and collaboration. Boeing received new or finalized orders for 267 aircraft and made ten major announcements regarding aircraft commitments, cargo conversion selections, finalized orders and new aircraft. Our challenge remains the same, to lead in innovation in aerospace and other industry development efforts.

To fly, to spread the proverbial wings and lift off. It’s a vision a thought that embodies the spirt of Washington State, of Snohomish County, of communities that have and will continue to lead the world in places like Everett, Arlington, Bothell, and Mukilteo, and Marysville, just to name a few. Our right county history is embedded in the Future of Flight. But why does diversity lead as the key overarching theme from the Air Show in England? Think back to the founder and aviation innovator, Bill Boeing who once said, we are embarked as pioneers upon a new science and industry in which our problems are so new and unusual that it behooves no one to dismiss any novel idea with the statement that it can’t be done.

So, what is next? How do we use these connections and engagements to improve upon our services, programs, and engagement with our business community, to secure that our talent stays or draw into all elements of our diverse business community? Well, I believe Mr. Boeing said it best, “We are embarked as pioneers upon a new science and industry in which our problems are so new and unusual that it behooves no one to dismiss any novel idea with the statement that it can’t be done! Folks. We have our challenges and opportunities but with true collaboration, engagement, and strategy, we can do more, “it can be done”. 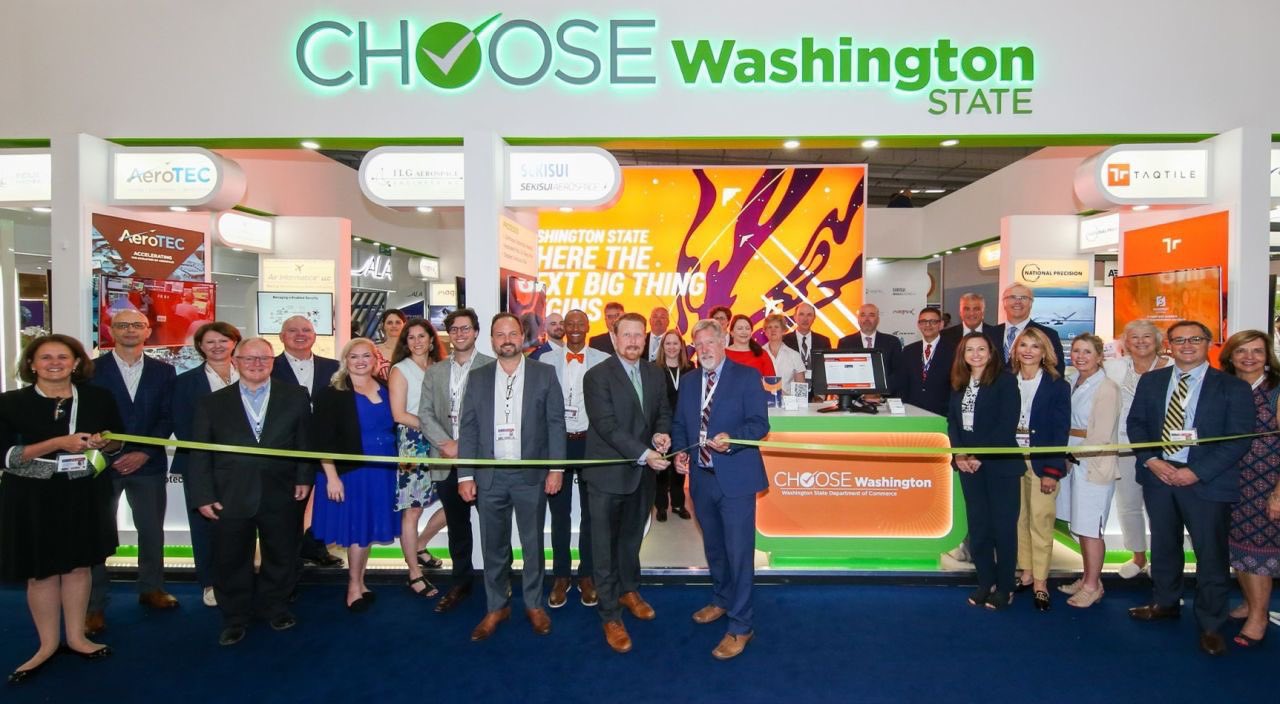 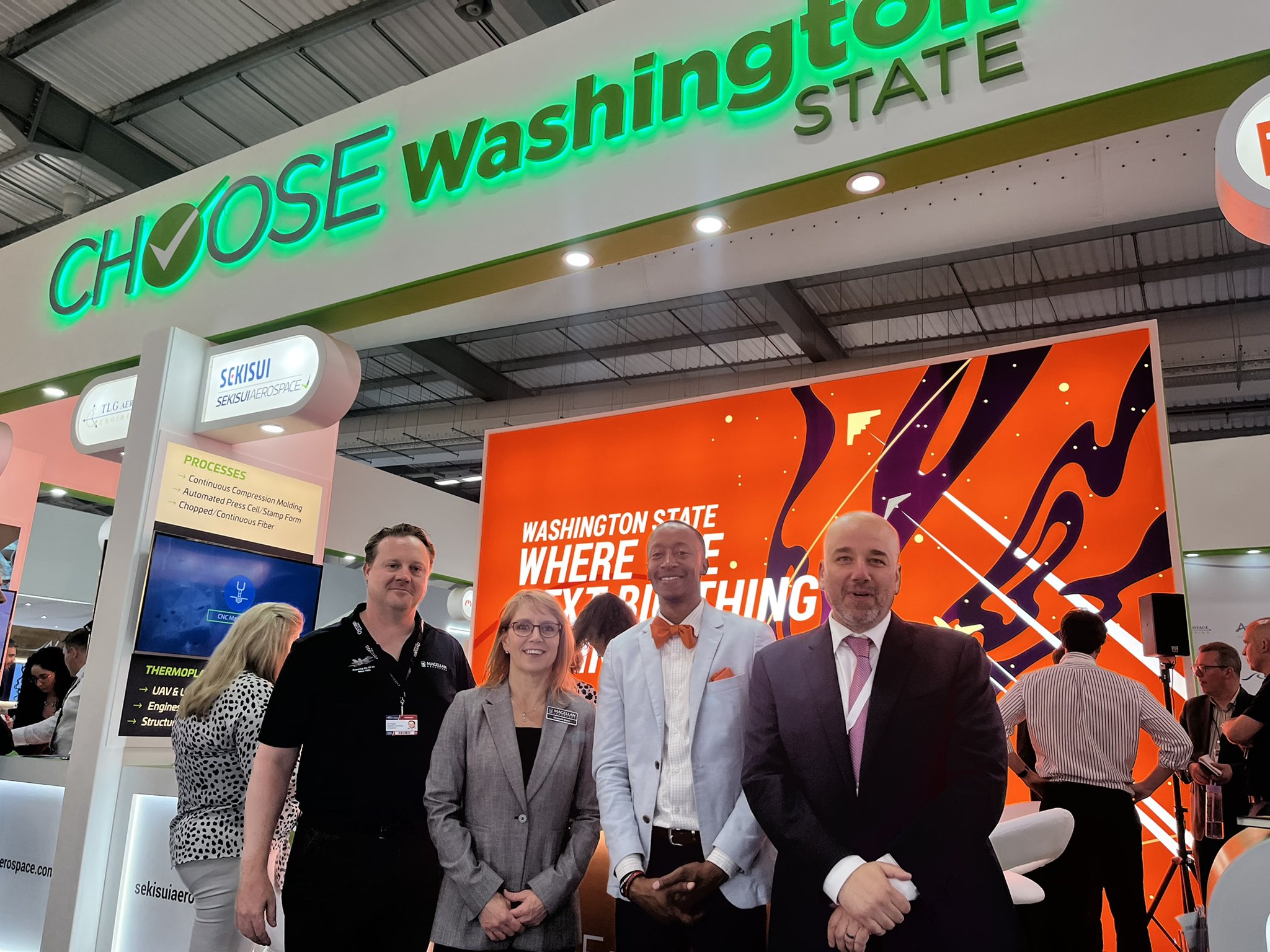 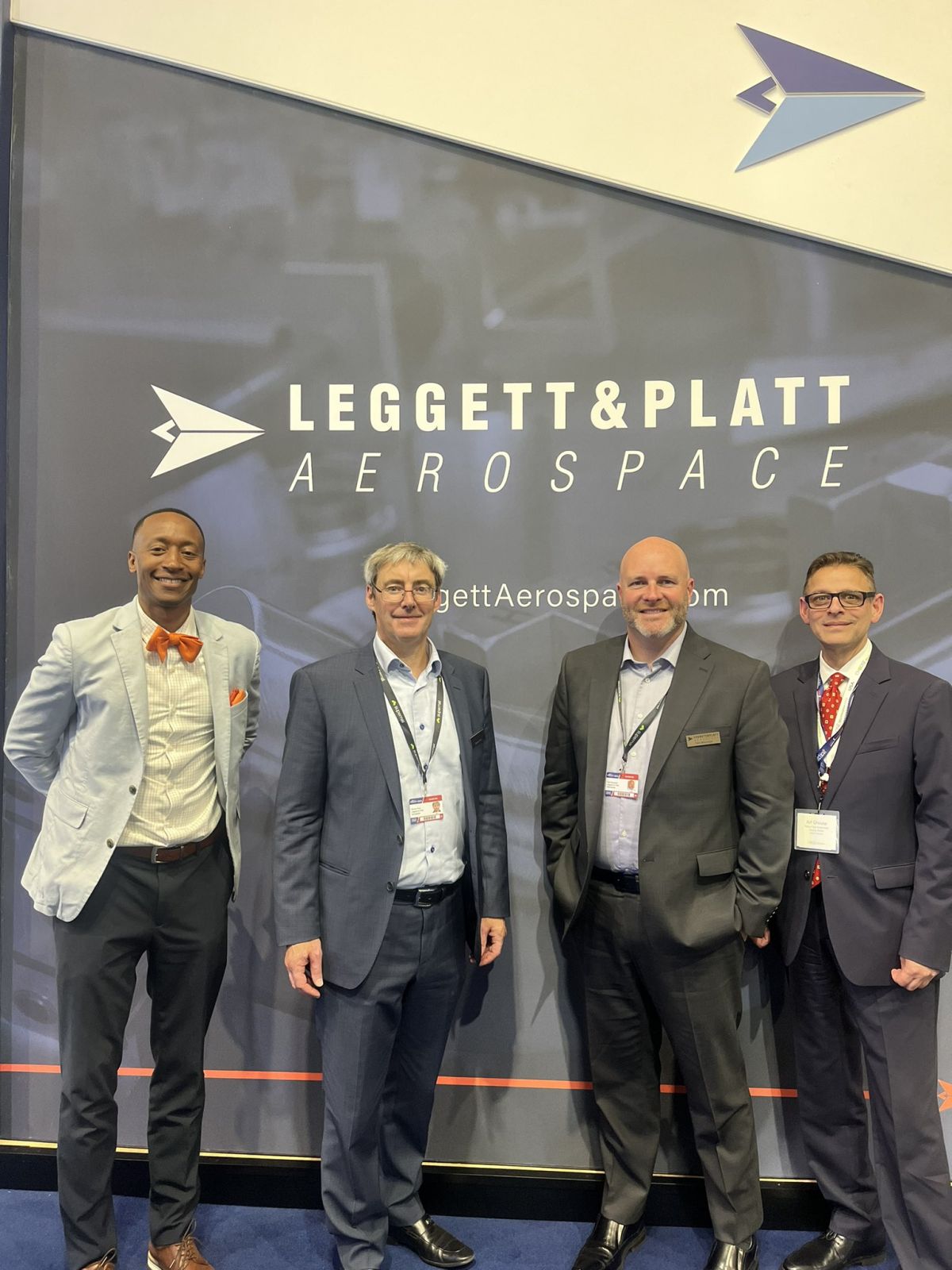 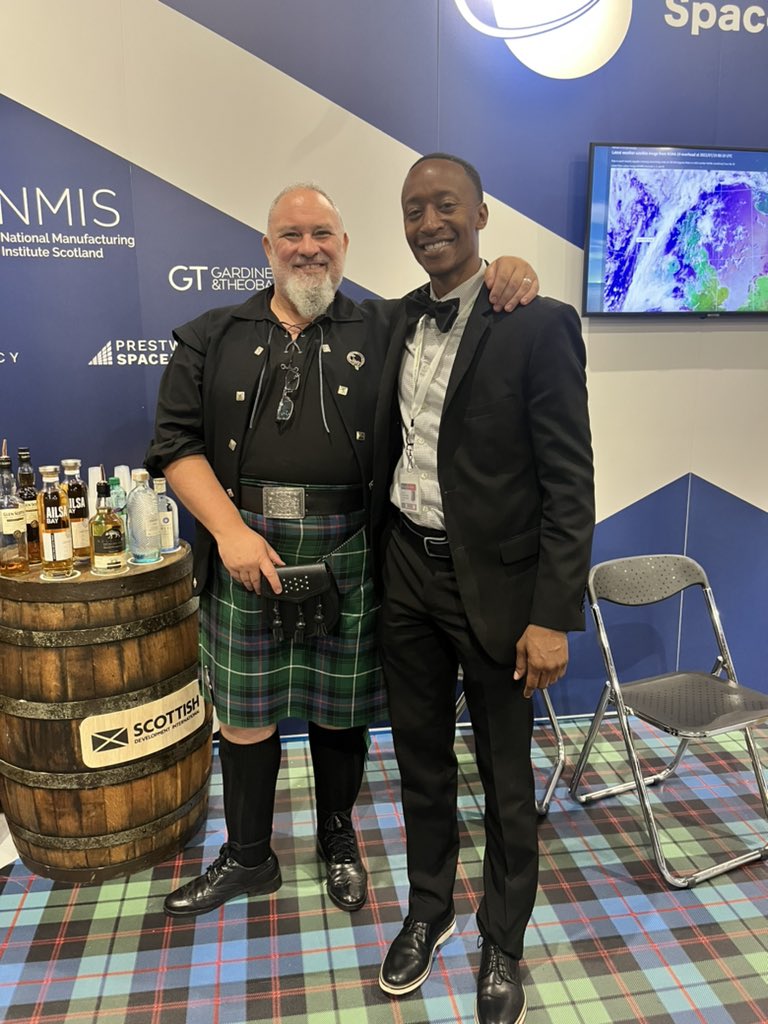 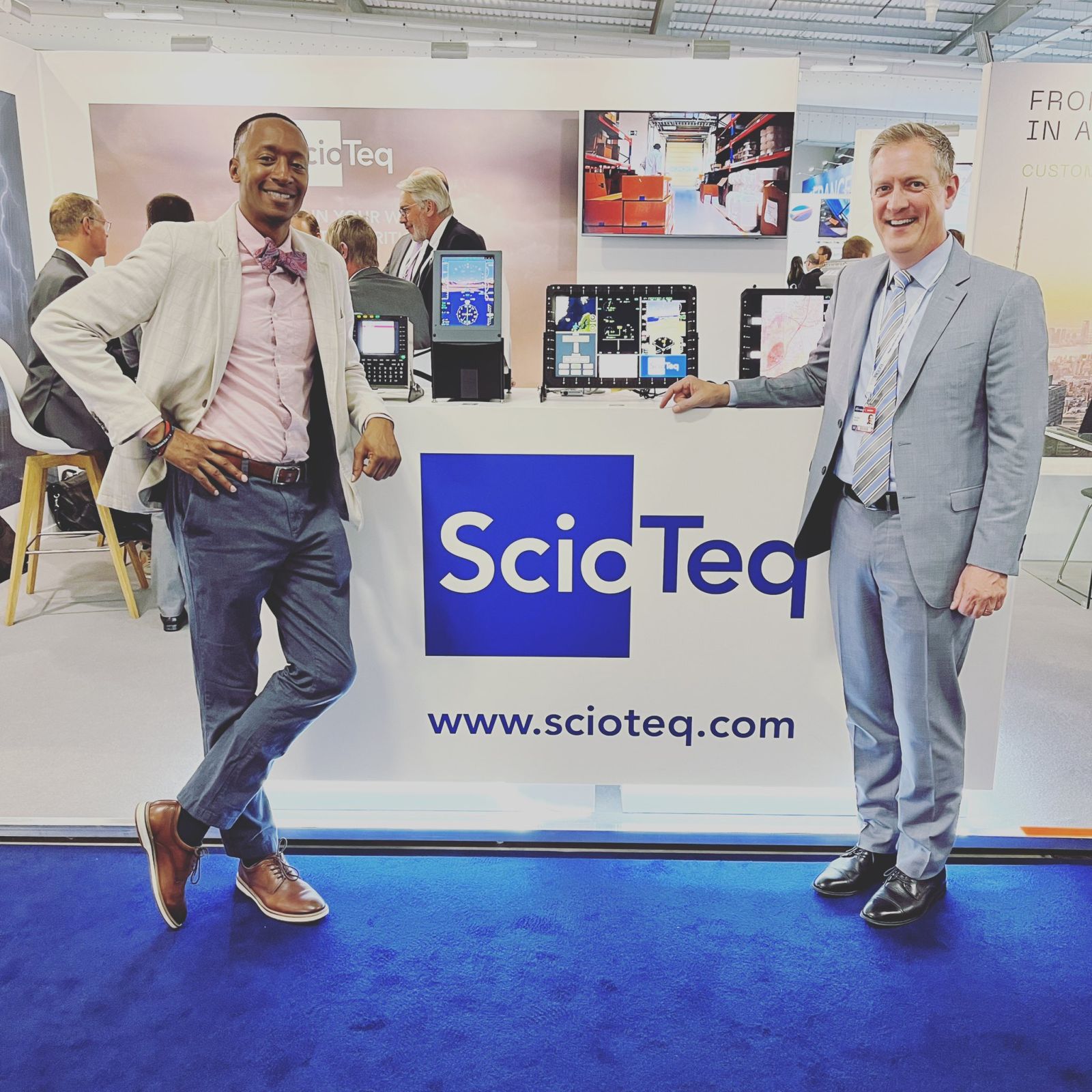 Jul 18 2022
Everett, Wash. – This week, President and CEO of Economic Alliance Snohomish County, Garry Clark will head to England to lead a delegation from Snohomish County in a trade mission at the 2022 Farnborough International Airshow. The Farnborough International Airshow (FIA) is a trade exhibition for the aerospace and defense industries...Continue Reading 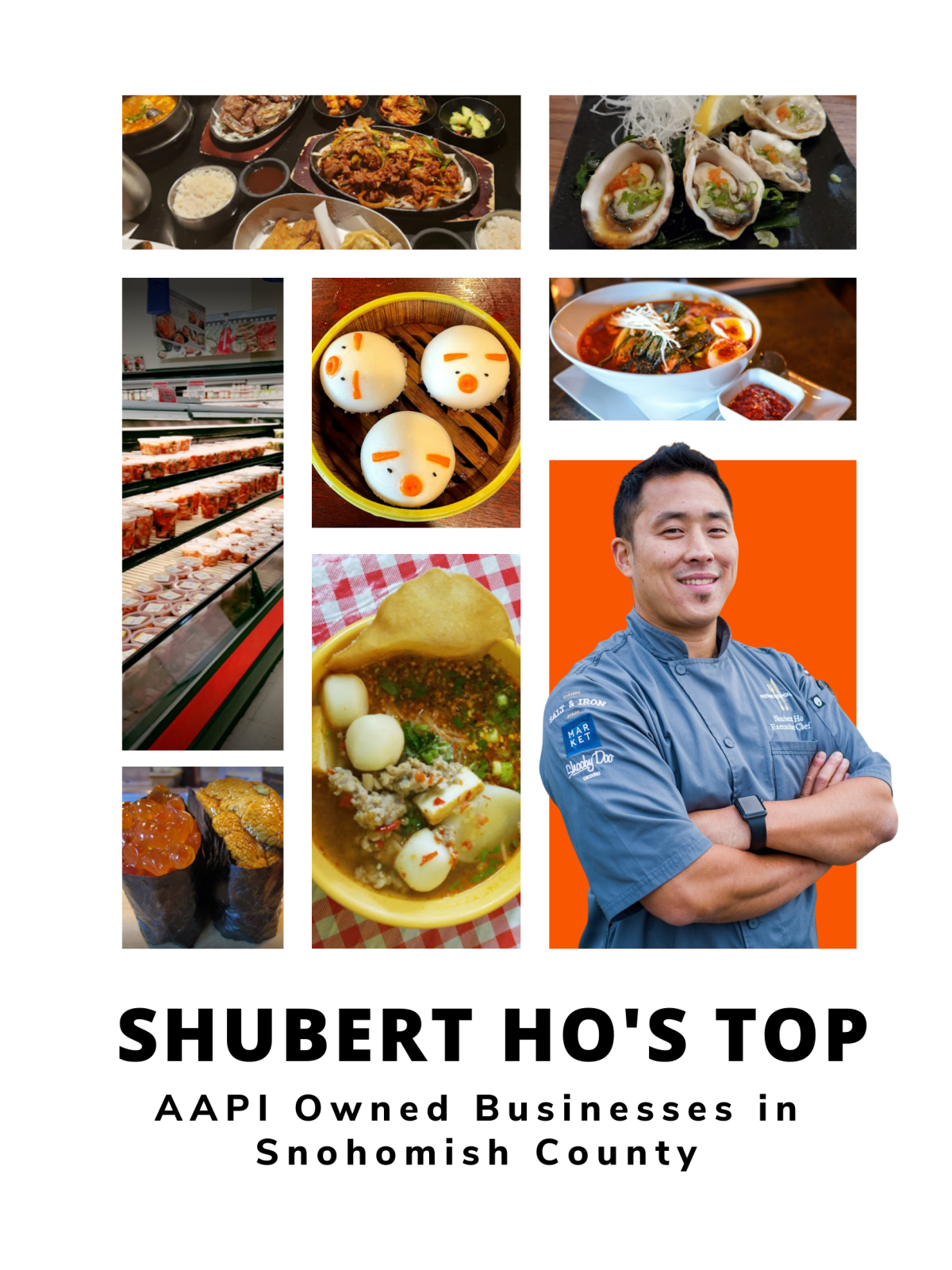